Why can a car GPS blocker block cell phone signals?

The original car GPS blockers was just a "crooked", plugged directly into the cigarette lighter, and when the car started, there was power supply, which could block the GPS signal.

Later, it evolved into GPS jammers with 1 antenna. In addition to being able to be charged and used in the car, it also has its own lithium battery, which can also work normally for a period of time depending on its own power. 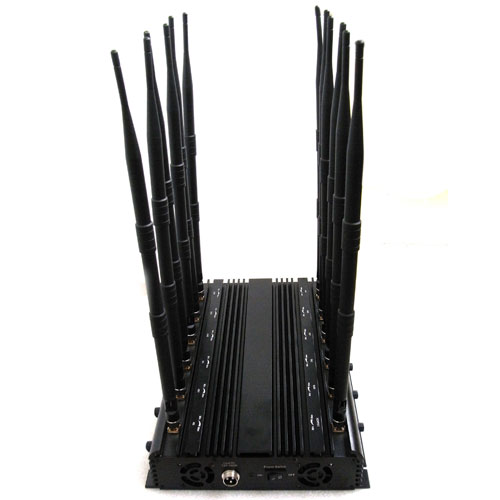 Of course, in today's market, three or four antennas are relatively rare. Except for pure GPS jammers with two antennas, machines with six antennas and eight antennas have become the mainstream.
Please note that these GPS jammers above are hand-held, relatively small, and have their own lithium battery, which can work for several hours even in a power-off state. You can even carry six-antenna or eight-antenna shields with you to block out the influence of external signals when negotiating in some private situations - this is because they can block mobile phone and WiFi signals.

Finally, in addition to these handheld GPS signal jammers, there is also a larger and more powerful desktop GPS jammer with 8 or 9 antennas for full coverage of GPS signals and mobile phone signals. It does not carry a lithium battery itself, and relies entirely on charging to work. It can be connected to 220V AC power in the parking lot or connected to a 12V power supply in the car.

This device also has an adjustable knob, which can block only GPS signals or cell phone signals according to the needs of use.

Saving theft technology: the anti-theft portal jammer
Continuation of smartphone "light pollution"
GPS jammers gradually flow into civilian hands
What are the reasons that the mobile phone signal jammer cannot work normally?
Gps Signal Jammers give you a Healthy Lifestyle
The U.S. Army will be testing a new GPS that cannot be blocked this fall